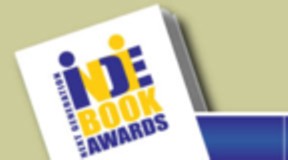 Calling all indie authors and publishers – including small and mid-size independent publishers, university presses, e-book publishers, and self-published authors. Enter the 2008 Next Generation Indie Book Awards now to have your book considered for cash prizes of $1000, awards, exposure, and recognition as one of the top independently published books of the year! With 70 award categories, the 2008 Indie Book AwardsT honors authors with books published in 2007 and 2008 across the literary spectrum the chance to win cash, prizes and recognition. Awards include:* $1,000 Cash Prize and trophy for the best Fiction Book

* $1,000 Cash Prize and trophy for the best Non-Fiction Book

* $500 Cash Prize and trophy for the second place Fiction Book

Most importantly, the best 70 of the 2008 Indie Book Awards book entries will be reviewed by leading New York literary agent, Marilyn Allen, with a chance to be represented to some of the industry’s leading publishers.

Visit www.IndieBookAwards.com for more information and to enter.